'Letters2Maybe' Explores Struggle for Stability and Happiness Among Immigrants 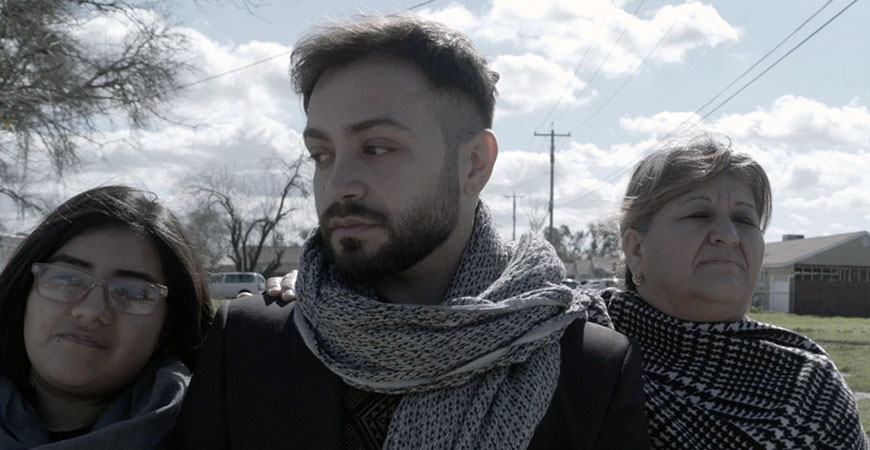 An image taken from the film, which documents immigrants trying to find both physical and emotional refuge in America.

“Letters2Maybe,” the latest film by Professor Yehuda Sharim with UC Merced’s Department of Global Arts Studies, premiers next week at the New Jersey International Film Festival and a second time at the Houston Iranian Film Festival.

“Letters2Maybe” focuses on the experiences of different immigrant activist groups across the Central Valley as they fight for immigrant rights and equality.

2015 to 2020 and offers an intimate portrayal of those who refuse to surrender amidst daily devastation and culminating strife. It offers a vision for equality and a renewed sense of solidarity in a divisive country.

The film premieres online only on Feb. 6 at the New Jersey festival and will be available for viewing for 24 hours. It is one of 40 films from around the world being screened at the nearly monthlong festival. The Houston premier is Feb. 18. The film has also been selected for screening in Austria, Germany and Greece.

“Letters2Maybe” documents the physical and emotional movement of different immigrant communities — from Merced to Houston — as they aspire to a kinder world during a time compounded by catastrophes.

“Something happened in the last year of the previous administration. These people had found physical refuge here, but questions of home and safety remained unresolved,” Sharim said. “They started talking about leaving and they started talking about suicide. That triggered something in me, and I said, ‘OK let's talk about it.’ Our communities live with a lot of precarity — ‘maybe’ is at the center of their lives. They found refuge, but they didn’t at the same time.”

Ana Maria Fabian Lomeli, a leading activist from Merced, is featured in the film. She expresses both the struggle and the hope of her fellow immigrants:

Translation: “On the other side, there's the sea, and I can’t cross over it. Why can't I cross over it? Because there are many obstacles that prevent me from getting to the sea. I think that I have enough tools to be able to do it. And that day will come sooner than later. Because I think that I have worked hard for it, and I don't want to leave this world without having accomplished my dreams and my desires. I think that they are about to become true.”

This is Sharim’s fifth feature-length film. He has directed “We Are in It,” “Lessons in Seeing,” “Seeds of All Things” and “Songs That Never End,” as well as a short film entitled “Red Line Lullaby,” which chronicles the lives of working women as they seek a more dignified life in the face of neglect, loss and daily acts of resistance. His films have appeared in film festivals and university settings worldwide, and provide a comparative study of immigration and displacement, shedding light on the changing constructions of home, nation and belonging.