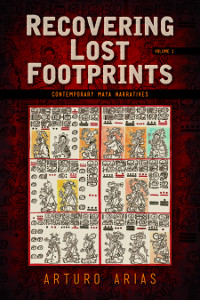 This book is a welcome contribution to the growing field of Native American and Indigenous literatures. Recovering Lost Footprints is an in-depth analysis of the socio-historical conflict impacting Indigenous communities in Latin America. Arias problematizes the nature of Western modernity and the crisis of Western models of development in the present. By way of his analysis, he suggests that we are facing a historical impasse because we have neglected native knowledges that offer alternative codes of ethics and beingness that emerge from Indigenous cosmovisions. The text skillfully contributes to and strengthens debates between US-centered and Latin American cultural studies theorists. At the same time, it deepens the hemispheric expansion of Native American and Indigenous Studies. Recovering Lost Footprints is inspired more by the past as it impinges upon a continuing, constantly expanding present. His reading of Maya literatures force us to reconsider the space-time structure of Western thinking. Indeed, Arias’s book is intriguing precisely because it views literature from an Indigenous perspective, evidencing how that social space is full of multiple contrasting experiences and historical processes.

Arturo Arias is John D. and Catherine T. MacArthur Foundation Professor in the Humanities at the University of California, Merced. He has published Recovering Lost Footprints: The Emergence of Contemporary Indigenous Narratives in Abya Yala Volume I (2017), Taking their Word: Literature and the Signs of Central America (2007), The Rigoberta Menchú Controversy (2000), The Identity of the Word: Guatemalan Literature in Light of the New Century (1998), and Ceremonial Gestures: Central American Fiction 1960-1990 (1998), as well as a critical edition of Miguel Angel Asturias’s Mulata (2000). Forthcoming in 2018 is Volume 2 of Recovering Lost Footprints: Contemporary Maya Narratives.  2001-2003 President of the Latin American Studies Association (LASA), professor Arias co-wrote the film El Norte (1984), and has published seven novels in Spanish, two of which have been translated to English (After the Bombs, 1990, and Rattlesnake, 2003). Twice winner of the Casa de las Americas Award, and winner of the Ana Seghers Award for fiction in Germany, he was given the Miguel Angel Asturias National Award for Lifetime Achievement in Literature in 2008 in his native Guatemala. Prior to UC Merced he was Tomas Rivera Professor of Latin American Cultures at the University of Texas at Austin.