Race and Racisms: A Critical Approach 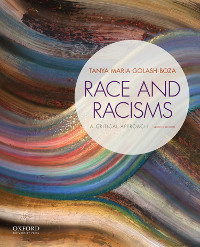 Race and Racisms: A Critical Approach , Second Edition, engages students in significant--and timely--questions related to racial dynamics in the U.S. and around the world. Written in accessible, straightforward language, the book discusses and critically analyzes cutting-edge scholarship in the field. Organized into topics and concepts rather than discrete racial groups, the text addresses: