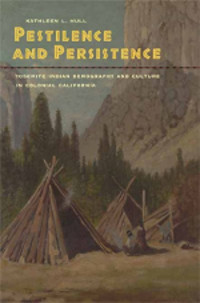 Pestilence and Persistence uses archaeological and ethnohistoric data to examine the timing, magnitude, and consequences of the introduction of non-native lethal infectious diseases to Native communities. The Yosemite Indian case that is the focus on this research suggests that epidemic disease penetrated small-scale hunting and gathering groups of the interior of North America prior to face-to-face encounters with colonists. It also suggests, however, that even the catastrophic depopulation that resulted from these diseases was insufficient to undermine the culture and identity of many Native groups. Instead, engagement in colonial economic ventures often proved more destructive to traditional indigenous lifeways. Hull provides further context for these central issues by examining ten additional cases of colonial-era population decline in groups ranging from Iroquoian speakers of the Northeast to complex chiefdoms of the Southeast and Puebloan peoples of the Southwest.

Kathleen L. Hull (Ph.D. UC Berkeley) is an associate professor and founding faculty of anthropology, as well as a faculty affiliate of the Sierra Nevada Research Institute at UC Merced. Her archaeological and ethnohistoric research include analysis of the interplay of demography and culture, ethnogenesis, and the assertion of communal belonging through material culture in small-scale societies of the American West. She has explored of the impacts of European colonialism on indigenous communities in her book Pestilence and Persistence: Yosemite Indian Demography and Culture in Colonial California (University of California Press, 2009), and has a co-edited volume The Forging of Communities in Colonial California, 1769-1834 (University of Arizona Press) that will be published in 2018. Her research has been published in several other edited volumes and a variety professional journals, including American Antiquity,California Archaeology,Journal of Anthropological Archaeology,Journal of Archaeological Science,Journal of California and Great Basin Anthropology,World Archaeology, and the International Journal of Historical Archaeology.