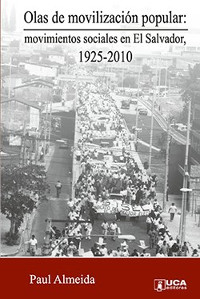 In the history of El Salvador, at least three causes of popular organization and mobilization can be identified: by openings in political liberalization, by acts of intimidation/repression by state or parastatal agents, and by neoliberal globalization. These are the main conceptual ideas put forward in the book "Waves of popular mobilization: social movements in El Salvador, 1925-2010", written by Paul Almeida, a North American sociologist, and in which an exhaustive analysis of the Salvadoran popular movements is developed.

Paul Almeida is a Professor of Sociology at the University of California, Merced. His research centers on political sociology, historical-comparative, globalization, and social movements.