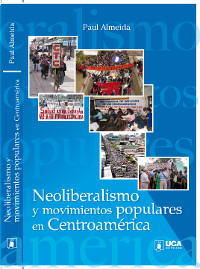 After six years in which the work of Paul Almeida, waves of popular mobilization, has been contributing to the study of Salvadoran social movements, UCA Editores publishes another investigation of his: Neoliberalism and popular movements in Central America.

Link to buy the book: https://laoms.org/almeida-neoliberalismo-y-movimientos-populares-en-centroamerica/