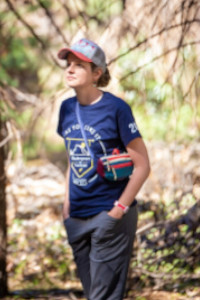 Associate Professor of English and Chair of the Literatures, Languages, and Cultures Department

Katherine Steele Brokaw is Associate Professor of English and Chair of the Literatures, Languages, and Cultures Department. She is also the co-founding Artistic Director of Shakespeare in Yosemite, which is in its fourth year of producing free, environmentally-conscious theatre in Yosemite National Park each April for Shakespeare’s birthday and Earth Day.

She is author of Staging Harmony: Music and Religious Change in Medieval and Early Modern English Drama (Cornell, 2016), co-editor of Sacred and Secular Transactions in the Age of Shakespeare (Northwestern, 2019), and editor of the Arden Performance Edition of Macbeth (Arden, 2019), and has published many essays on Shakespeare and ecology and performance. She is currently writing a book on Shakespeare and community performance, and co-organizing the Globe4Globe: Shakespeare and Climate Emergency symposium at London’s Globe Theatre this May.

She has acted, directed, and adapted Shakespeare in a number of communities in the USA and Europe, and has co-produced the UC Merced Children’s Opera since 2012. She is also working with UC Merced students on a worldwide project, the EarthShakes Alliance, which brings together Shakespeare theatres to share resources and ideas to make their theatre-making as ecologically responsible and powerful as possible.