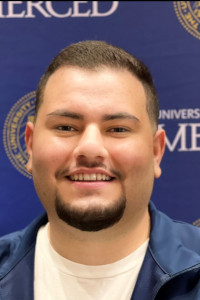 Jorge Rodriguez-Mota is a fourth year undergraduate student from Merced, CA majoring in political science. His areas of interest within political science are: American politics, law and policy, and executive power. His academic accomplishments have earned him a place on both the Dean’s Honor List and Chancellor’s Honor List. During his time at UC Merced, Jorge has been heavily involved in student government, presently serving as President, formerly serving as Senator. Additionally, he is currently a research assistant in the political science lab supporting the research of graduate students. After graduation, Jorge will be attending graduate school pursuing a master’s degree in history to support a career as a social science teacher or to later apply to law school.