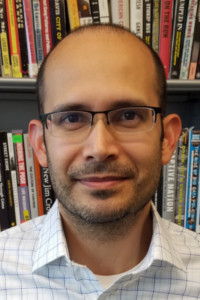 He is the recipient of multiple awards from the American Sociological Association, including the 2014 Distinguished Contribution to Research Book Award, Section on Latina/o Sociology, and Honorable Mention un 2017 for the Best Publication Award, Section on Body and Embodiment. He has also been honored for his community work with the 2017 Partner of the Year Award, from Faith in Merced (PICO National Network/Faith in Action affiliate).